Synopsis: Traveling Sri Lanka by train is a unique experience in South Asia.

By Phil Norris
Sponsor this Page 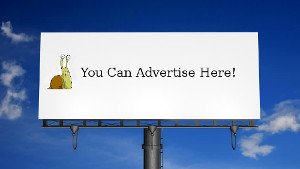 Have a product or service that is related to travel in Sri Lanka? Put it here in front of thousands of visitors as the only advertiser!

Sri Lanka is many things. At times oppressively hot, then pouring with apocryphal rain moments later. In some places startlingly busy. In others, scarcely a person in sight to intrude on the spectacular vistas.

As a small island nation with a fairly extensive rail network, it’s possible to experience these contrasts within a fairly tight itinerary without feeling like you’re constantly on the move.

But making the most of all the treasures this wonderful island has to offer requires a little forethought. Use this advice to better enjoy traveling Sri Lanka by train.

Planning Your Trip to Sri Lanka

Since the end of the civil war between government forces and the Tamil Tigers in 2009, tourists have been heading to Sri Lanka in increasing numbers. More than two million visited the island in 2016.

Yet, in many ways, Sri Lanka doesn’t feel like a place that has fully grasped the modern traveller’s desire for total immersion.

On our first night after arriving in Colombo, eager for a proper subcontinental meal, my girlfriend and I were pointed in the direction of a street full of gaudy Western fast food joints.

While there are many flashy, all-inclusive resorts and colonial-era five-star hotels dotted across the country, it’s often difficult to feel like you’re getting a glimpse of the “authentic Sri Lanka” (whatever that might be).

That being said, traveling Sri Lanka by train is undeniably stunning, and it’s certainly possible to soak up its beauty without feeling too touristy.

When to Visit Sri Lanka

What Sri Lanka lacks in scale (being roughly the same size as West Virginia), it more than makes up for in complex weather systems. Its two monsoon seasons hit at different times and affect different areas. This means the weather in Sri Lanka is either always good or always bad somewhere on the island — depending upon your outlook on life.

Throw climate change into the mix, and things become even more complicated. But the following is a pretty good guide to when and where to visit:

A Two-Week Itinerary for Sri Lanka

Weather should be a consideration. Monsoon season is no joke; around 20,000 people were displaced by flooding and mudslides on the south coast in May 2017.

It’s important to work out how much you want to see. Two weeks is enough time to visit many of Sri Lanka’s must-see attractions and get a good feel for the island, but you’ll have to be pretty strict with your itinerary.

Sri Lanka’s rail network was largely built by the British colonial government in the 19th and early 20th centuries, with the primary purpose of ferrying tea from the Hill Country down to Colombo for export.

This means that while the rail network reaches all corners of the island, everything starts in Colombo. Getting from one rail line to another is often impossible without either taking a huge detour back to the capital or travelling by road instead.

Given that the train journey from Colombo to Ella — a distance of only 120 miles — takes around ten hours, it’s unlikely you’ll want to double back if you’re on a tight schedule.

With that in mind, the following route will allow you to take in plenty of must-see attractions on a spectacular train journeys in Sri Lanka:

In most countries, getting from one place to the next can often be a frustrating logistical headache punctuated with confusion and unannounced delays. But when traveling Sri Lanka by train, it’s actually one of the highlights!

While not exactly a high-speed transport system, the rail network is undeniably beautiful, with delightfully dilapidated trains rumbling across tracks hewn into mountain rock.

Given the relative infrequency of train services and their popularity with locals and tourists alike, it’s vital that you book your tickets as soon as possible.

Although buying train tickets online is more expensive than at the station, I’d recommend sorting your tickets from Colombo to your next destination before you arrive in Sri Lanka (unless you have enough time and patience to potentially spend an unscheduled extra day in the searing heat of the capital).

Likewise, each time you arrive in a new town or city, your first to-do should be sorting out travel to your next destination. You’ll thank yourself for being prepared when you see the mass of people queuing hours in advance to buy tickets on the day of travel.

When buying train tickets, our natural inclination was to opt for the first-class Observation Car — an air-conditioned, rear-facing carriage with huge glass windows at the back that offer stunning panoramic views of the surrounding countryside.

Booked online in advance, the trip from Colombo to Kandy cost us £11 ($14) each. You’ll have a reserved seat plus plenty of room to store your bags and stretch out.

However, the windows of the Observation Car couldn’t be opened and were in need of a decent wash, making it pretty much impossible to take pictures, so we spent most of the journey between the Observation Car and first-class carriages, hanging out the open train door and watching the world trundle past.

Trying to get from Kandy to Ella, we learned that the Observation Car and first-class seats were fully booked, with only third-class tickets remaining.

Initially somewhat fearful of what awaited us (would we feel unwelcome? Would we be robbed? Would we be too polite to avoid buying a succession of unwanted souvenirs?), we eventually bit the bullet and bought the tickets for the princely sum of about £2 apiece.

It turned out to be one of the best decisions we made.

Despite the language barrier, our fellow passengers delighted in showing us colonial-era tea plantations and other points of interest as we passed by. We were able to take all the pictures we wanted out of the wide-open windows — and the food…oh, the food!

At every stop (of which there are literally dozens between Kandy and Ella), local vendors would clamber aboard to sell a dizzying array of outrageously delicious and unbelievably cheap snacks, all wrapped up in paper torn from old Sri Lankan school textbooks.

Presumably, these salespeople are barred from first-class for fear that they’d annoy the tourists; in reality, they helped to make the journey one of the most memorable parts of our trip.

Aside from iconic sights like Kandy’s Temple of the Tooth, Sigiriya Rock, and Galle Fort, the island offers numerous “experiences” that really shouldn’t be missed.

In no particular order, here are a few activities to seek out during while traveling Sri Lanka by train:

Eat a Lot of Curry

As long as you don’t venture too far off the tourist trail, Western food isn’t difficult to come by. But it seems a waste to visit Sri Lanka and dine on pizza and burgers! Whereas the curry houses back home serve a sometimes-bewildering range of dishes, in Sri Lanka you need only ask for “curry and rice”. You’re never quite sure what you’re getting (it varies from city to city, and even from restaurant to restaurant), but it’s always delicious.

On a similar note, don’t miss out on the fantastic street food. Train journeys are a great opportunity to load up on homemade popcorn, samosas, and unidentifiable savoury treats. The king of them all, however, is undoubtedly kottu roti.

Practically the island’s national dish, it’s essentially a stir fry made from strips of roti and chopped-up vegetables (with optional meat if you prefer), cooked with ginger, garlic, and spices.

Wherever you are in Sri Lanka, you’ll never be too far from the distinctive metallic clang of the cleavers used by kottu chefs to slice, dice, and fry their ingredients on large iron skillets.

Central Sri Lanka is prime trekking country. In the backpacker haven of Ella, it’s relatively easy to embark on a lengthy walk into the surrounding hills without a guide, making it one of the few parts of the island where it’s possible to get some “alone time” away from the tuk-tuks, street vendors and one-man tour operators. Ella Rock in particular is not to be missed, just be sure to pack plenty of water and snacks.

Get Taken for a Ride

However travel-hardened you are, at some point, you’ll give up the will to argue with the ubiquitous tuk-tuk drivers offering uniquely personalised tours in their noisy three-wheelers.

On a side note, we estimated that about one in five Sri Lankan tuk-tuks is emblazoned with some kind of Pirates of the Caribbean sticker. Despite asking numerous tuk-tuk drivers why they love the Johnny-Depp-as-nautical-Keith-Richards franchise so much, we never received a satisfactory explanation.

These tours aren’t the most comfortable, and you’ll inevitably end up visiting at least one “museum” where you’re practically held hostage until you buy something from the gift shop. But if you can look beyond these foibles, they’re guaranteed to be memorable.

And while your driver probably won’t be a certified tour guide, they’ll definitely have a few fascinating — if occasionally hard to believe — stories to tell you. 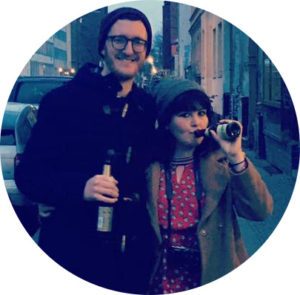 Phil Norris and Caroline Howley are a couple from England, and are in many ways essentially the same person. They both studied journalism at uni, and both ended up in “online content” jobs when the whole world decided to stop buying newspapers. He loves any kind of travel that involves extensive train and road trips (Croatia and Sri Lanka being his personal favourites); she loves trekking, travel photography and South-East Asia in general. They live together in Manchester; you can find more of their travel writing on this blog. See Phil’s photos on Instagram and Caroline Howley’s travel photos.