A Backpacking Trip to Cuba

Before I experienced budget travel in Cuba, I had a lot of questions about the nuts and bolts of travel in this enigmatic country — especially as an American traveling in Cuba. I discovered that there is very little up-to-date information available online or in print.

Here are some of the basics I learned about budget travel in Cuba:

Is It Safe to Travel in Cuba?

The first question everyone asked me when I told them I was going to Cuba: is it safe? I felt that Cuba was a very safe country to travel in, and I was traveling alone as a woman.

I also asked numerous other travelers about their experiences, and they invariably reported feeling safe, even in the big cities such as Havana. Violent crime seems to be extremely rare throughout the country, and even petty theft (like pickpocketing) does not seem to be a problem for travelers.

How Can Americans Travel to Cuba? 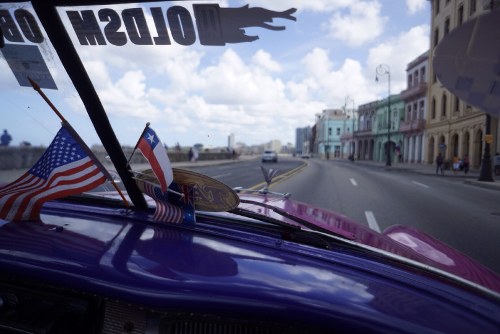 If you are from anywhere in the world besides the United States, traveling to Cuba should be fairly straightforward. And even if you’re from the U.S., it is becoming much easier. The traditional way for Americans to travel to Cuba was to travel from another country (e.g., fly to Cancun or Mexico City first and then fly to Cuba). [2017 Update: Southwest now has cheap, direct flights to Havana from Tampa (TPA) and Fort Lauderdale (FLL).]

Of course, this can still be done, but it is also now possible to book flights to Cuba from the U.S. online. The cheapest round-trip flight from the U.S. to Cuba I found was from Miami to Havana — a chartered flight with Xtra Airways that takes less than an hour each way. It also includes health insurance the Cuban government requires all travelers to have. Have a look at https://cubatravelservices.com.

Additionally, there is an $85 visa charge which Cuba Travel Services will arrange for you after you purchase your ticket. U.S. citizens are also required to select a reason for traveling to Cuba from a list of 12 choices when purchasing a ticket — I chose education. [2017 Update: You no longer pay the $25 departure tax when leaving Cuba.]

I was more than prepared to describe all of the educational experiences I had in Cuba after returning to the U.S., but none of the immigration officials seemed the least bit interested. It seems that this is just a formality. But for now it is still technically illegal for U.S. citizens to go to Cuba solely to work on their tans and sip mojitos — be prepared to select a reason for travel.

What About the Currency in Cuba? 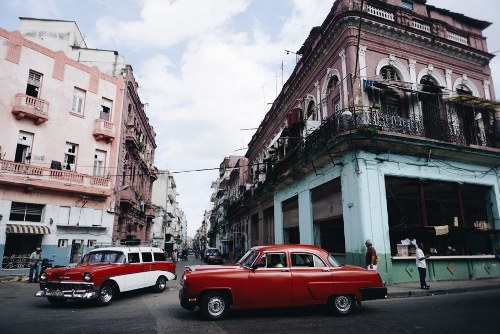 It is possible to find ATMs in the cities, and I was told non-American Visa cards will work for withdrawing money; American Express and MasterCard are coming soon.

Note: American ATM cards do not work for withdrawing money (for now). You’ll need to bring enough cash with you.

All forms of currency can be exchanged for the Cuban Convertible Peso (commonly referred to as CUCs; pronounced “kooks”), but at least a 10 percent penalty is applied to U.S. dollar conversions.

I chose to convert U.S. dollars to euros in the Miami airport, and I carried cash in Cuba. Credit cards are still very rarely used outside of the most expensive hotels, so carrying cash is necessary.

In addition to the CUCs used by tourists, there is the national peso (Cuban peso/peso nacional) that Cuban citizens use. Travelers are generally expected to use CUCs wherever they go, but you may want to convert a few of your CUCs for national pesos and use them for local restaurants and stores.

How Is the Accommodation in Cuba? 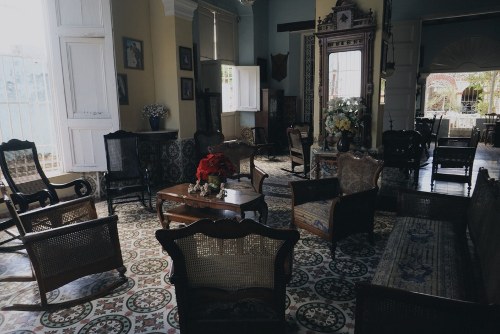 You basically have two options for accommodation in Cuba: hotels and casas particulares (rooms for rent in private homes).

Hotels tend to be quite expensive, as much as $200-$300 per night, while casas particulares are much more affordable (typically $20-$40/night for two people). I chose to stay in casas my entire trip and I really enjoyed them.

In general, most casas will offer a private room with en suite bathroom, air conditioning, and a set of house keys so you can come and go as you wish. Most casas will also offer breakfast for $4-$5 and dinner for $8-10. These were by far the best meals I had in Cuba. Casa owners are also an excellent source of local information and can help you arrange excursions, transportation, etc.

It is possible to book rooms in advance on www.mycasaparticular.com and www.airbnb.com, but if you’re not quite sure about your itinerary and don’t want to book in advance, there is an impressive network among casa owners throughout the country. They will happily contact a casa owner in your next destination and make arrangements for you.

An additional bonus to staying in casa particulares is that the owners often rent out more than one room — great for meeting other travelers. If you prefer to stay in hotels, a travel agent in your home country will be able to help you, or you can book directly online.

Interesting to note, other travelers I spoke to reported occasional problems with electricity and water supply while staying in hotels, but I had absolutely no problem with either of these things staying in casa particulares. 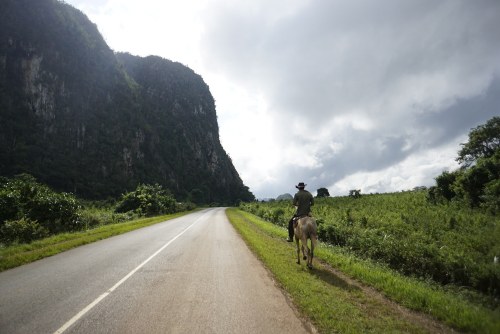 Rental cars and taxis are also available for longer distances. Taxis will generally take you anywhere you wish to go for rates that aren’t much higher than bus rates. In short, moving around the country is surprisingly easy and convenient, just don’t expect anything to be exactly on time. 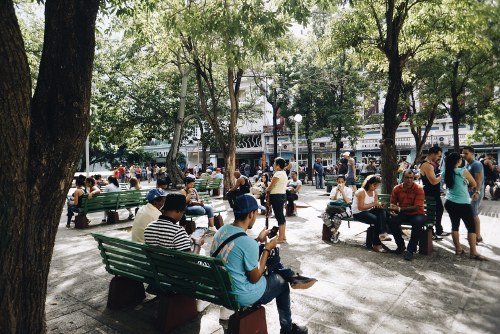 Just recently, Wi-Fi (pronounced ‘wee-fee’ in Cuba) was introduced in public hotspots. These hotspots are typically in public parks/squares and the expensive hotels.

You can officially purchase one hour of Wi-Fi access for $2 CUC at one of the government ETESCA offices in cities and towns throughout the country — or unofficially from harmless hustlers near these hotspots who will generally charge you $3 CUC and spare you the wait in the ETESCA line.

Hotels may also sell Wi-Fi access, but there’s a good chance they will increase the price up to $7 CUC for one hour. You will have no problem identifying these hotspots because Wi-Fi is wildly popular in Cuba! You can’t help but notice the crowds of people buried in their phones or engaged in online chats. It is also possible to use computers at the ETESCA offices for internet access, or at the rare private internet shop.

Do I Need to Know Spanish to Travel in Cuba? 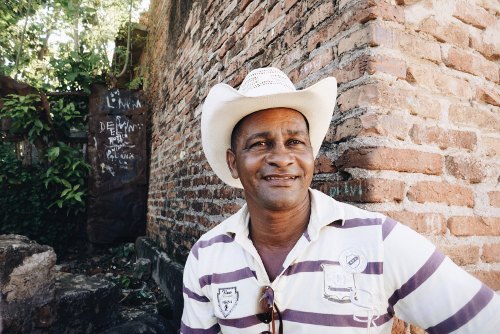 Of the five casas particulares I stayed in, only two of my hosts were able to speak any English. The other three were able to communicate with foreigners very well, though; they knew to use simple Spanish, speak slowly, and use lots of hand gestures.

It’s rare to encounter someone outside of the tourist industry who speaks a language besides Spanish. I studied Spanish for several years, so I know a fair amount of vocabulary and have reasonably good listening skills, but even the foreigners I encountered that didn’t speak a word of Spanish were able to navigate the country fairly easily.

Of course, the more Spanish you know, the more meaningful exchanges you will be able to have with the Cuban people. I would strongly suggest taking some time to brush up on your Spanish before you leave. As always, the most important thing to do when you don’t know the language is to smile!

Is Budget Travel in Cuba Possible? 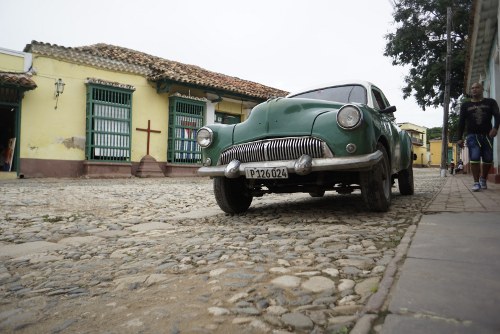 The truth: Cuba is not a cheap destination. But it is possible to make an affordable trip. Here are a few tips for budget travel in Cuba:

Finally, relax! You’re going to have a great time traveling to Cuba. Cuba has been one of my favorite destinations so far. It is beautiful, diverse, intriguing, and lots of fun. 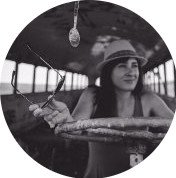 Amanda Formoso taught English in Japan, spent two years with the Peace Corps in Thailand, volunteered as a healthcare worker in Africa, and studied Shaolin in China. She prefers solo travel in unique destinations such as Tibet, Mongolia, and Cuba.

Amanda now lives in Portland, Oregon. Check out her latest photography on Instagram.

As a Vagabonding Legend, she also detests writing author bios and forces her weary editors to do so. – GR