Backpacking London on a Shoestring Budget

If you’ve got the time while backpacking in Europe, why not visit merry old England and do some backpacking around London?

Last year I enjoyed Easter in London, and although the city may not be the cheapest place to visit as a cash-strapped backpacker, Easter time in the city is brimming with free and cheap things to do, from Easter Egg hunts to “Rampant Rabbit” parties at London hostels (not as scary as it sounds!).

London is famed for its slightly gloomy weather, but aside from the odd April shower, weather in the capital is mild and spring-like and if the heavens do open, just head to a pub and settle down with a pint! I had a great time last year in London, and although I didn’t live like the Queen, I managed to see the city on a shoestring. Here are a few tips that every budget traveler should know before they even board an iconic red bus.

The center of London is pretty compact, but you will need to use public transport at some point, especially if you’re hostel is out of the city center, or you want to explore a particular area (such as the cool markets and pubs at Camden Lock in the North of the city).

The open-top tour buses and boat trips are good fun, but are a pretty pricey way to get around, and don’t really give you time to explore the city at leisure. Most people hop on the tube or one of the red buses, but buying tickets for every journey is incredibly expensive, at around £4 for a single tube ride and £2 for a bus trip!

You’re best bet is to buy an Oyster Card (it’s what the locals use to get around), a small card you ‘tap in’ and out on buses, tubes, trains and even the boats up and down the Thames. You top up your Oyster Card with a set amount and then use it on a pay-as-you-go basis, and the savings are huge. If you only have a day or two, buy a Travel Card, which gives you unlimited travel in certain zones around the city. Take a free tube map, study the bus route, and you’re good to go!

Luckily there are loads of night buses, which are a safe way to get home after a night out. My hostel was near London Bridge, and there were plenty of routes that ran right outside my front door.

I would also recommend paying an extra pound or two on top of you travel card for a boat trip along the South Bank with the public ferries (NOT the tour boats). You get to see one of London’s most iconic landmarks — the River Thames and all the sights along the shore, from the OXO Tower to the Tate Gallery. Plus you might get a cheeky driver who offers his own commentary on the sights! 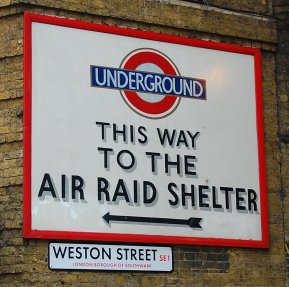 Luckily, aside from sights like Buckingham Palace and the Tower of London, the city is packed with free museums and things to do. Walking past Westminster, Big Ben and Trafalgar Square doesn’t cost a thing, and many of the top museums and galleries are free. Make a beeline for the National Gallery and Portrait Gallery, The British Museum, the Victoria and Albert Museum, the Natural History Museum, the Imperial War Museum, the Science Museum and the Tate Modern and Britain, which are ALL free!

After days of walking around sightseeing, I was famished, and eating out in the city is really expensive! There are loads of street stalls and markets where you can get cheap food — Borough Market’ stalls sell fancy organic food, but each stall gives out loads of free samples. It’s a good idea to buy food for a picnic, and then go and sit in one of London’s scenic parks — Hyde Park, Green Park and St James’s Park are all great places to tuck into lunch.

If you do fancy eating out for less, head to Brick Lane for a curry, Chinatown for the bargain buffets, and Soho for a couple of cheap Italian Cafés. For a traditional English grub such as Pie and Mash or Fish and Chips, most pubs sell great food for a reasonable price.

London is great for shopping, but stay away from Harrods and Bond Street unless you have cash to burn! The best places for cheap and cool souvenirs are the markets at Camden and Portobello Road, the vintage and second hand stores in Shoreditch and Oxford Street, home to style mecca Topshop and bargain basement Primark.

Going out can be pricey in London, with some clubs charging up to £15 for entry! Luckily the larger hostels such as the Generator and St Christopher’s have their own bars and in-house clubs, selling cheap drinks and hosting loads of free nights. They are also great places to meet fellow like-minded travelers. For a cheap drink out of the hostel, try pub chains such as Sam Smith’s or JD Wetherspoons, and look out for free and student club nights around the city — there’s always something going on in an underground bar or club.

When she’s not backpacking around Europe, Guest Blogger Lauren Smith writes for HostelBloggers, the insider’s guide to budget travel.